From my earliest writing archives. 1983.

Six spent humanoids and two snow-encrusted canines busily consumed our third meal of the day at roughly 0900 hours. Oblivious to the morning clamber of winter life we were experiencing post descent euphoria. We ate and drank, composed within each owns delight, drinking deeply of excitement and accomplishment with heated infusions satisfying our thirst. The air was crisp but warming to a golden glow wherever the sun lay down. The melt had begun. Cold sparkling droplets slipped serenely off snow-laden pines as well spruce and hemlock from above. The sun infused our wintry wonderland with a multitude of colors beyond its icy blue grasp. As I stuffed my mouth with wheat thins, sharp cheddar and golden delicious my mind meandered, speeding again, rushing and lapsing through the day’s earlier path of enlightenment.

Mount Sopris, a twelve thousand, nine hundred fifty three foot lone massive in the Elk range of the Colorado Rocky Mountains had long been a purpose of my desire.

With skinny skis and skins under foot, a rookie’s ignorant seventy pounds of gear, including my new snowboard, on my back, we had trekked, two days earlier, five miles into base camp at Thomas Lakes; two crystalline alpine lakes situated at timberline under the saddle of Mt Sopris’ glorious dual summits.

For some the most exhilarating moment of mountaineering is Summiting at sunrise with the sun on your face, gazing across endless remoteness and incomparable beauty.

I subscribed to this particular summit delight, that is, until experiencing the sensation of hundreds upon hundreds of vertical feet disappearing beneath my careening body, propelled by gravity, pursued by friends, ripping and sliding, unencumbered by anything but sheer bliss and the moment.

I now understand why ski mountaineers climb; only to abruptly turn and rip madly back down the mountain.

I love the climb, while exhausting, it is brilliant and so sweet its gain, its rewards remarkable. Topping off an alpine peak, any alpine peak, to view miles upon miles of jagged peaks fraught with dangerous topography is an incredible sight to behold. But I now subscribe to this new sense of freedom; Dropping-in! The weightlessness, the melding of grace and nature, as one drop’s a cornice. Like a brush to canvas, carving and painting a world of steep and deep on a pristine wilderness of open scale.

Earlier that morning I woke to the song of icy winds blowing across our mountain terrain. But for the darkness, I could visualize the limbs, needles and cones of the forested slopes, in unison with the stark branch of aspen, composing their sounds of beauty; braying, whistling, scratching and howling in tune to a soft, yet wild, and seemingly private song for those on this particular pursuit.

I crawled out of my seven hundred-fill goose-down sleeping bag to begin preparations for the dark climb. Not surprisingly, I wasn’t the only one awake, as I discerned movement beyond the shallow coals, the fire still glowing from the preceding night’s folly in our able shelter, of which, we would be calling home for the next five days.

Home! A ten-foot trench dug to solid ground beneath two towering spruce soaring seventy feet to the heavens above, five feet each in diameter, and ten feet apart at their respective trunks.

In teams of two we dug, revealing multiple layers of differing snow packs providing insight to conditions we could expect on the mountain above, though we knew our late spring conditions provided an elementally safe snow pack. The trees formed a natural canopy over our abode covering a floor space of about forty square feet. Utilizing excavated snow we packed walls up to the lowest branches giving our shelter a cave like appearance from inside, with bough filtered skylights beaming throughout the shelter. The entrance was dug in a ‘Z’ shape blocking wind while providing passage to the lakes, access to our water hole and the mirrored peaks beyond. It had not been our intent, but one could barely make out the shelter until you stumbled upon it. Inside we carved three sections; a sleeping area, common area and kitchen area. The latter consisting of benches and pits dug into the walls fashioned for lounging, storing food and preparing meals.

This, our second night of six was spent embroiling past feats, future conquest and praying to the sun gods over a bright fire with popcorn sacrifices and unintended sock roasting’s.

Preparation for the following day was also at hand. Swilling moderately in false hopes of blunting the pain of tomorrows climb, clambering around with headlamps in place, fondling our skis, warming our boots, and convincing each other the clouds moving in would not be there in the morrow. Finally, having all lies and preposterous stories to end, the bottle licked clean and our hearts warmed, we turned in hastening the morning’s adventure.

Waking in the dark to the first sounds of a mountain bivy at ten thousand feet, with snow under bed and overhead, is a most fascinating if not vexing experience.

That morning, on waking and dressing I guessed the temperature at ten degrees. The sky was clear and the wind had seized completely. The stillness was frightening and erotic. My pulse and respiration quickened as we packed our lunch, put on our skis and began our ascent to the summit. The soft light of an morning moon glowed off the snow-pack, assisting efforts in discerning the route out of camp. My feet were already frozen. I imagined what the critters of this winter environment had accomplished to adapt, survive, and flourish. Crossing the smaller of the two lakes we took bearing towards the first steep ascent. Taking turns breaking trail we made considerable time. The grade to the ridge was the slowest going. We had to use our boot toes to kick steps for traction every step of the way in the frozen snow. Placing one foot in front of the other in an arduous progression of deliberation and concentration we moved forward, single file, and up.

This, in every conceivable fashion, satisfied some unconscious need to beat my body to a pulp. To challenge the irrepressible need to push myself further than I had ever done; to prove beyond a doubt the truth or lie in ones capacity to overcome pain, fatigue and physical exhaustion through mental strength, focus, desire and concentration. One could likely hear (through our silent progress) my sputtered gripes and groans down in Carbondale, a small river town under the shadow of Mount Sopris, bitching and promising myself false aspirations to quite smoking for good.

Topping off the ridge we encountered the first glow of the rising sun. We could not have asked for a better day. Our late night offerings where answered with a resounding prosperity!

Once on the ridge those with skis were able to strap in and move at a quicker pace, while I marched on, continuing my progress to the summit with diminishing energy.

As I rested, looking to the southeast, I was spell-bound in my vision. The sun was shining brilliantly off distant peaks as far as the eye can see. Mt Holy Cross, Gold Dust Peak, Independence Pass! The entire Continental Divide painted before my eyes; a gift from the gods looking down on the canvas of a disciplined artist working in water color, oils and pastels all at once; colors hued through white to blue to brilliant orange across the plane.

As I stood up to continue my knees wavered and I once again became one with the earth. Supine and content in my collapse, I was tired, actually exhausted, yet transfixed in the beauty of this surreal scene awash before me.

Never had I experienced such exhaustion and harmony. And then it hit me. Energy cascaded through my entire being.  I felt light as a breeze, as an eagle, ready to lift-up and soar its domain. And so I could. And I did.

Ascending the final three hundred feet to the summit I felt light as a kite. Strong as an ox. So alive!

Nothing could have brought me off the natural high I was on. Nothing that is except gravity and twenty five hundred vertical feet of open bowl riding, on the first snowboard decent of Mount Sopris. 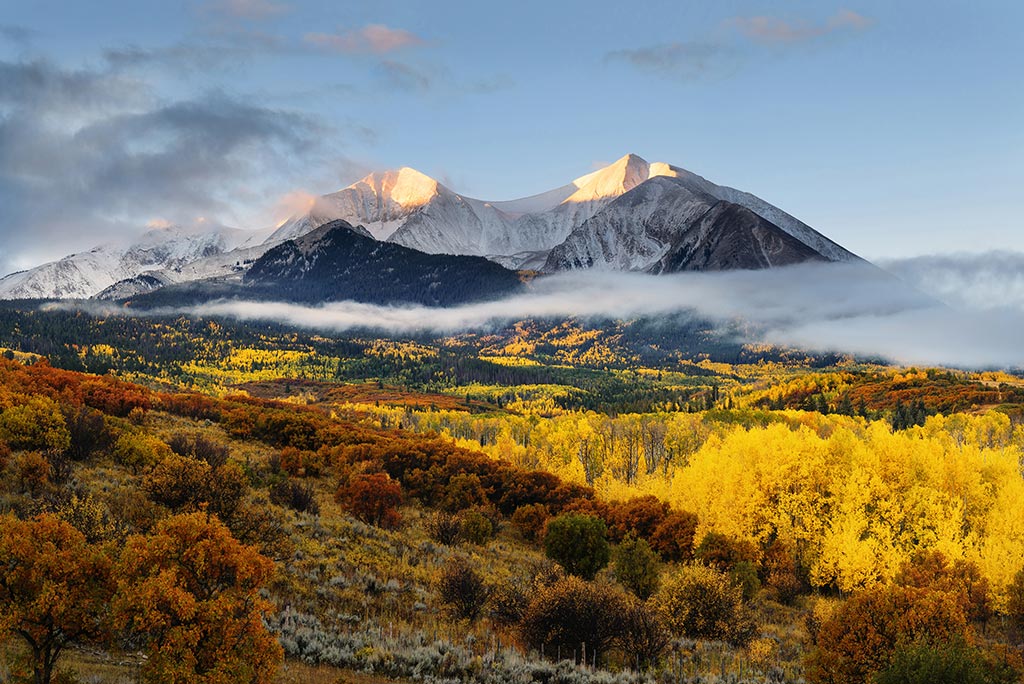 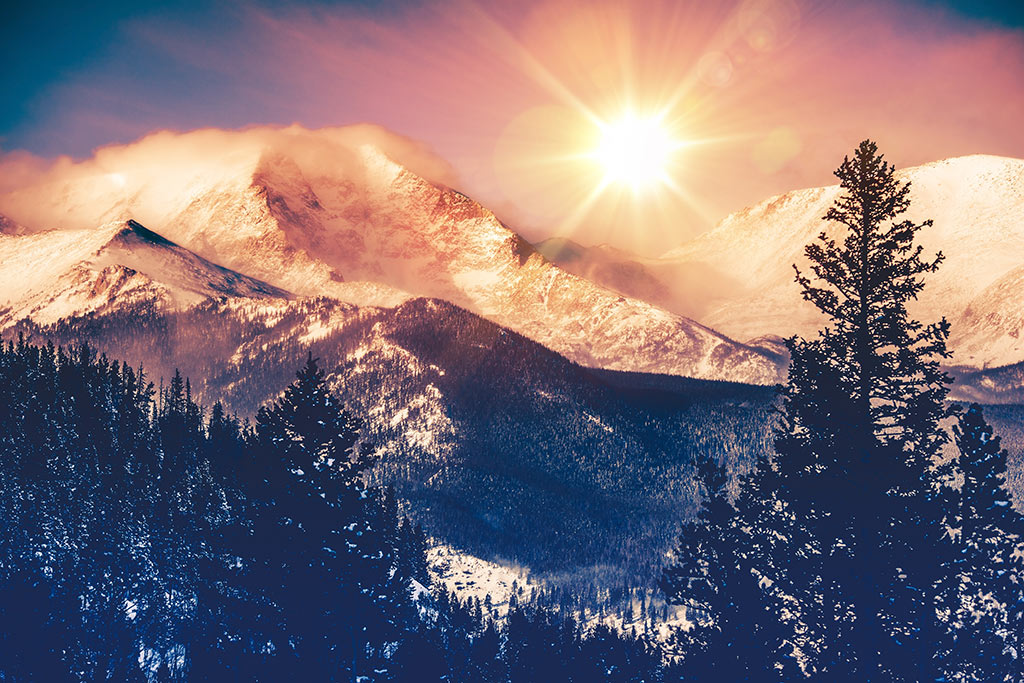 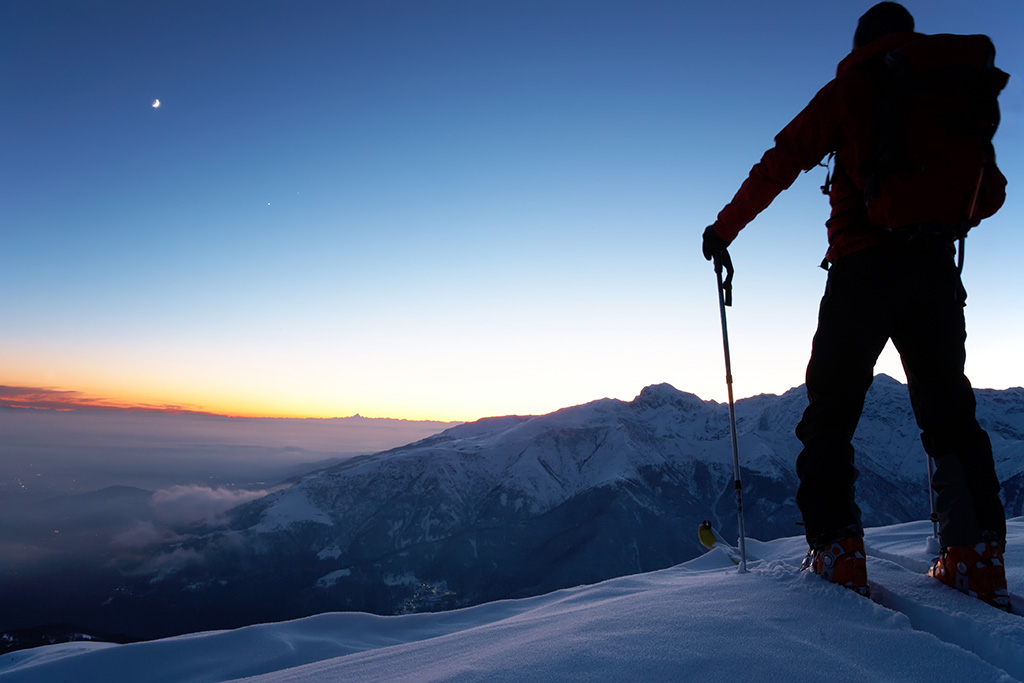 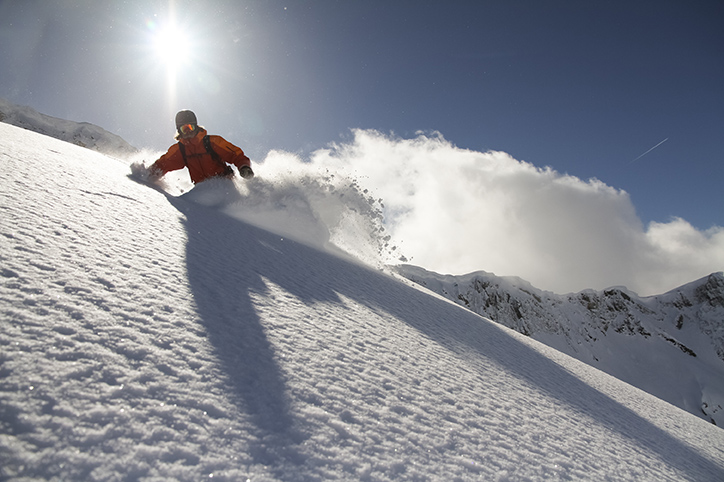 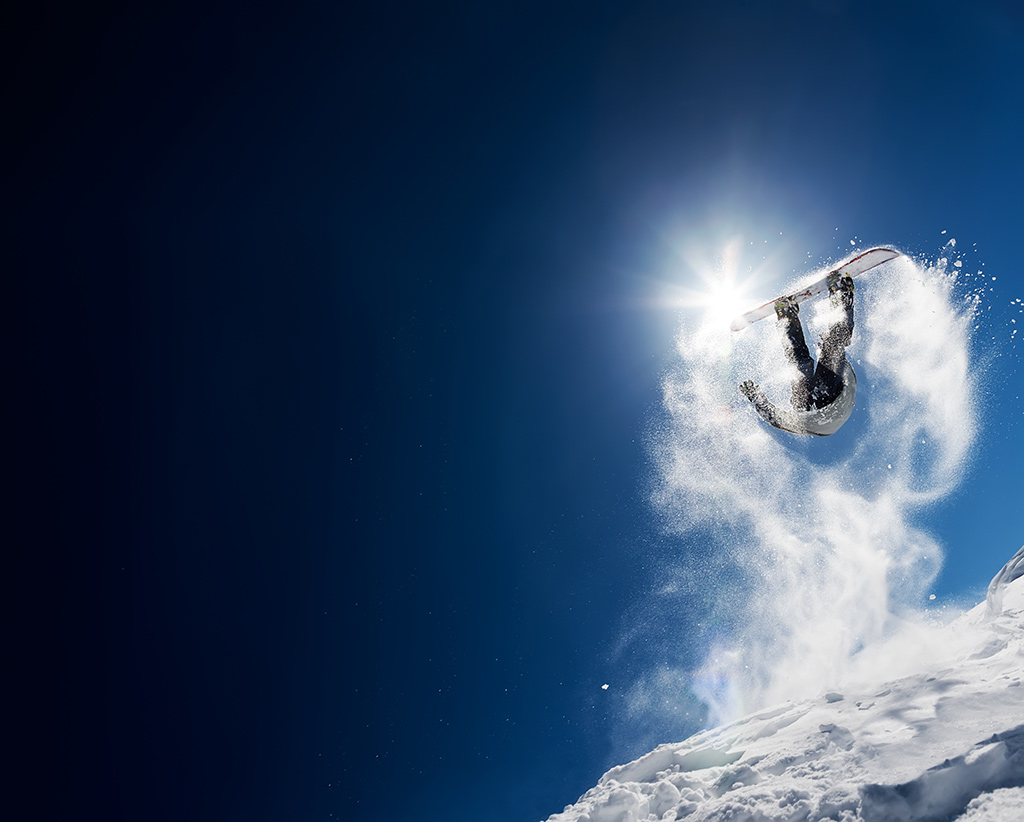 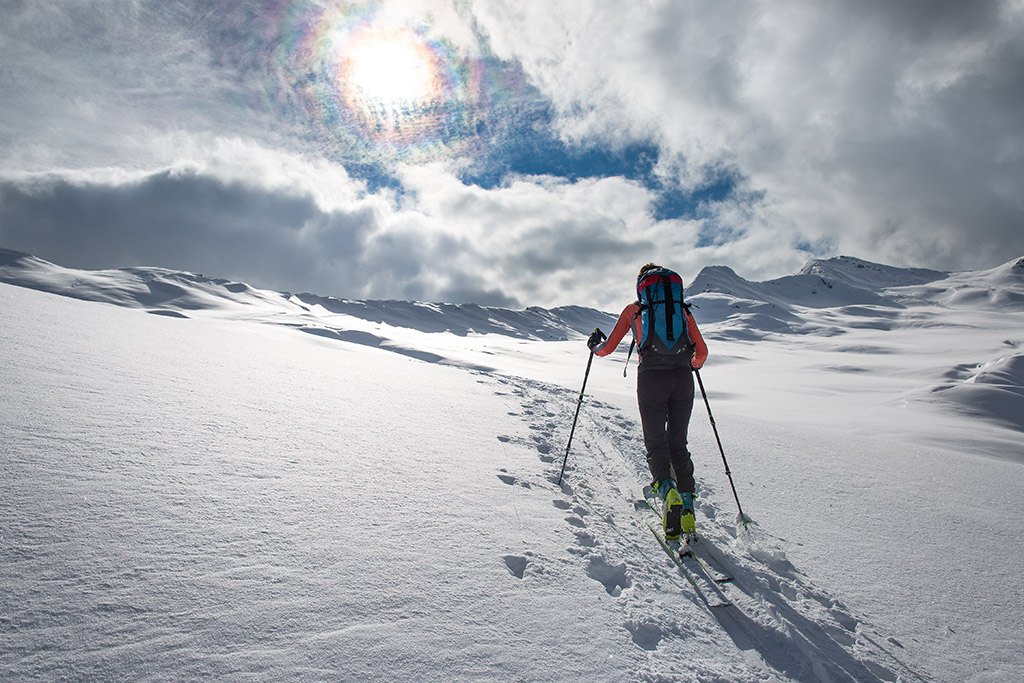